Join Harvard alums, family, and friends in a one-of-a-kind experience touring behind the scenes at the Pennsylvania Academy of Fine Arts’ Cast Hall, including a wine and cheese reception before the tour. 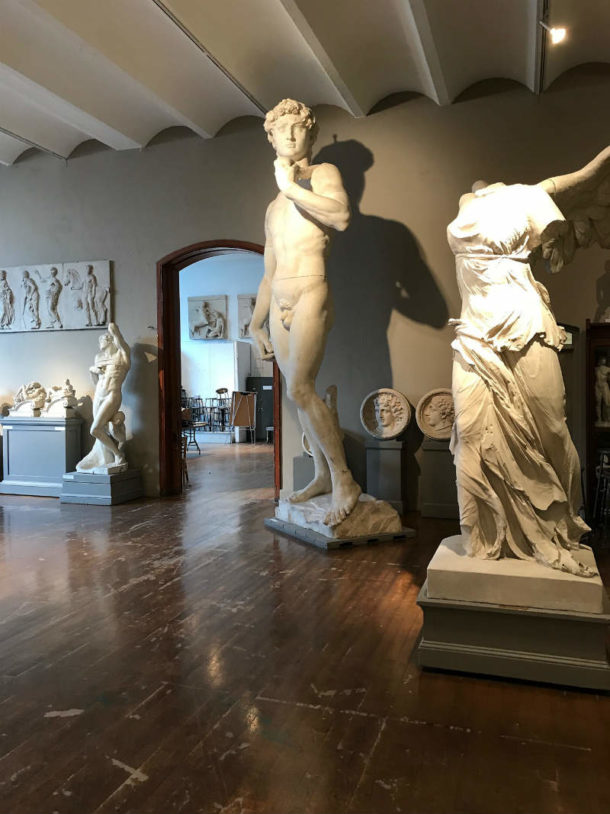 Within the Hall are over 120 fine and rare plaster casts of famous Greco-Roman and Italian Renaissance statues - many commissioned for the Louvre Museum. This cast collection is one of the most impressive in the United States, with several of these castings stemming from the original sculptures, including Michelangelo’s David: a 17-foot-tall exact replica of the original statue in Florence (gifted 1988). Other amazing sculptures include Winged Victory (Louvre), Venus de Milo (Louvre), and Laocoon (Vatican). Generally only open to students, this exceptional peek into the Cast Hall is not to be missed!

The tour will be guided by Megan K. McCarthy, Ph.D.  Megan is Senior Director of Individual Giving at the Pennsylvania Academy of the Fine Arts (PAFA). Prior to joining PAFA in 2018, she held Development roles at The Museum of Modern Art, the Whitney Museum of American Art, and the New Museum in New York. Dr. McCarthy completed her B.A. and Ph.D. in 19th and 20th century art history at Columbia University, and has received fellowship support from The Metropolitan Museum of Art, the German Historical Institute, the Council for European Studies, and Columbia University.